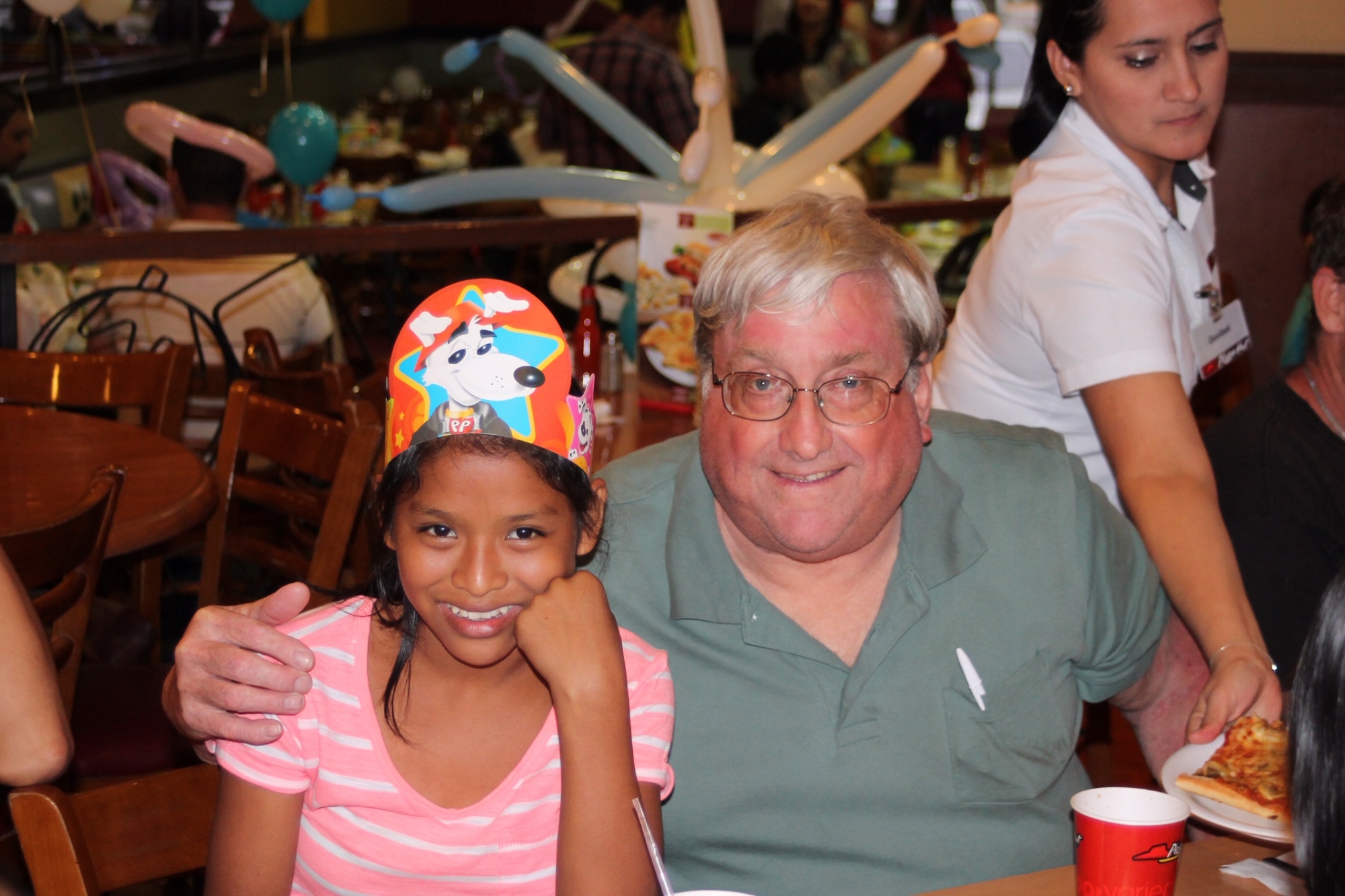 Have you ever looked back at your life and seen how one small decision changed your future? Don Huber of Long Island, New York certainly has. “I came to learn another language but I found Christ along the way,” Don says.

After retiring, Don enrolled in night classes to learn Spanish. There he met two couples who were part of a local bilingual church and missionaries to El Salvador. They soon convinced him to sponsor a child at the Éxodo home in El Salvador and then join them on a mission trip there.

On that first trip in 2012, Don met Karla, and after his first sponsor child was rehomed with family, he became Karla’s sponsor. They kept in touch through letters, emails, and phone calls. When Don visited again in 2014, he threw a Pizza Hut birthday party for Karla.

The next year was Karla’s quinceañera, a cultural tradition marking the beginning of womanhood. Don returned and, with the help of Éxodo staff, threw a quinceañera for Karla. Adorned with a ball gown, tiara, necklace, earrings, and her first pair of heels, Karla beamed with happiness the whole night. Perhaps the best surprise was one Karla hadn't even dreamed of. Éxodo staff located Karla's mother and reunited her with Karla and her four siblings. Since that night, Karla has called Don “Padrino,” Spanish for godfather.

Today, Karla is almost 21 and, through Don’s continued support, is a cosmetology student. Don describes her as a kind and somewhat shy young woman who cares strongly for others. For two years, all she has asked for her birthday is that Don buy fried chicken and doughnuts for all the kids at Éxodo.

Don Huber is the embodiment of the Hands of Hope key value that going deep can change the trajectory of a child’s life. To this day, Don has meaningful connections with many friends in El Salvador. This includes Karla, her brothers, staff at Éxodo, and about a dozen Éxodo kids who are now adults. He has helped some study for English fluency tests and often gets messages asking him to explain odd American idioms. He writes, calls, sends care packages and still takes care of Christmas for Karla and her siblings every year.

Don didn’t automate a financial investment in a child in some far-off country. He went all in, investing in relationships with Karla, her siblings, and the entire Éxodo family. Don credits these relationships for enriching and strengthening his faith. He always knew the divine side of God, but the people of El Salvador have shown him the humble, human side of God. Through his friends at Éxodo, he has learned that “You can’t sit there in church and be holy. You gotta get out there and be a real friend to everyone.” If you want to change a child’s life, and even your own as well, consider sponsoring a child today. 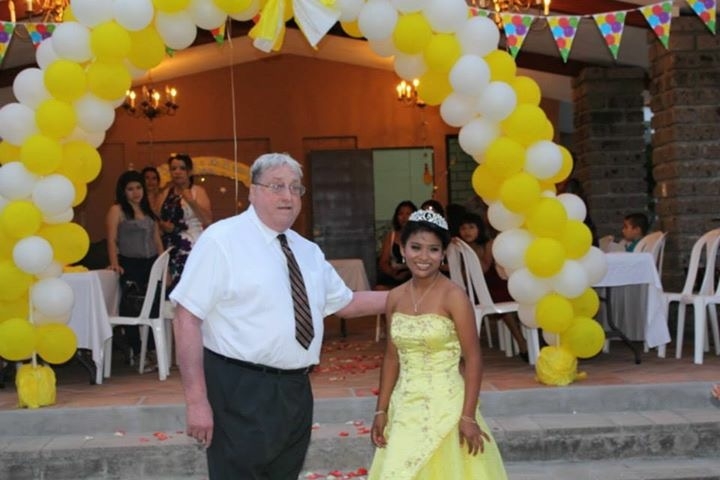 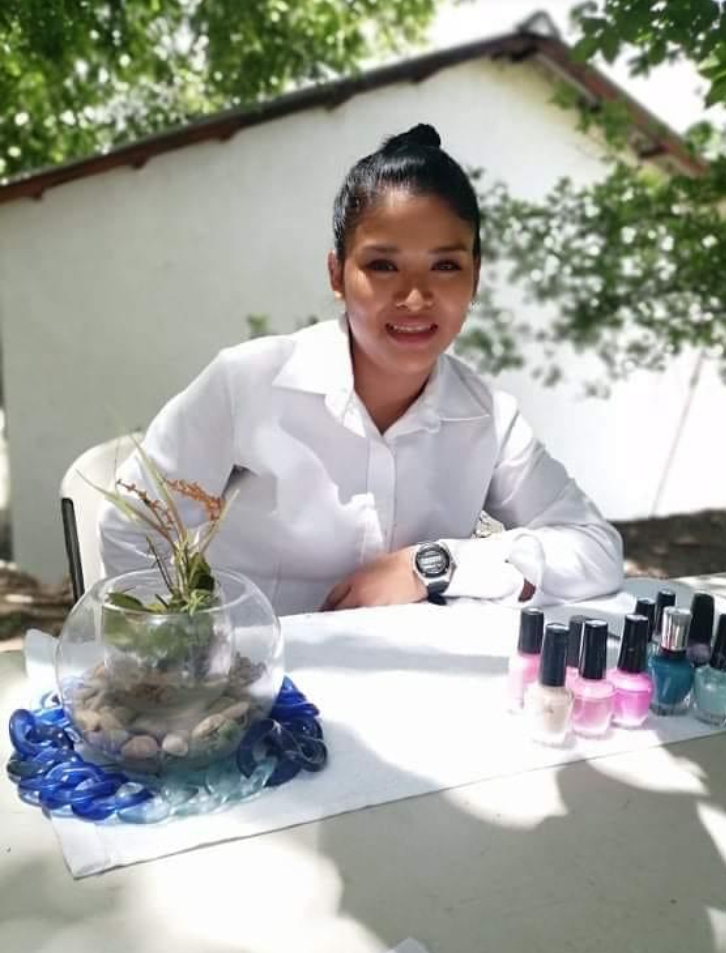 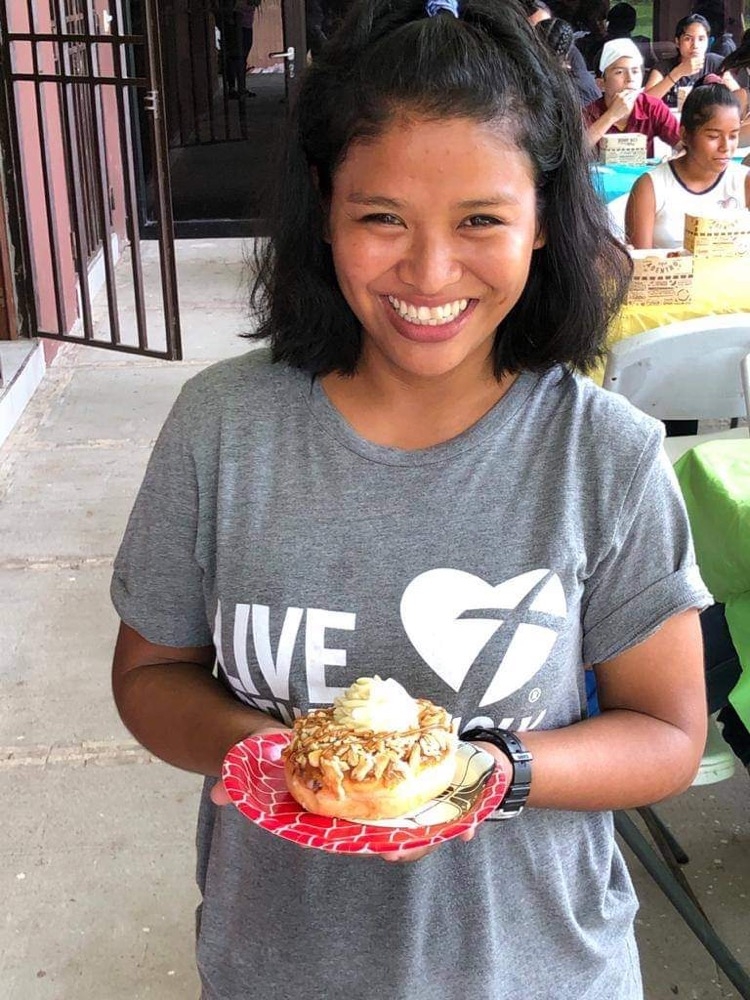