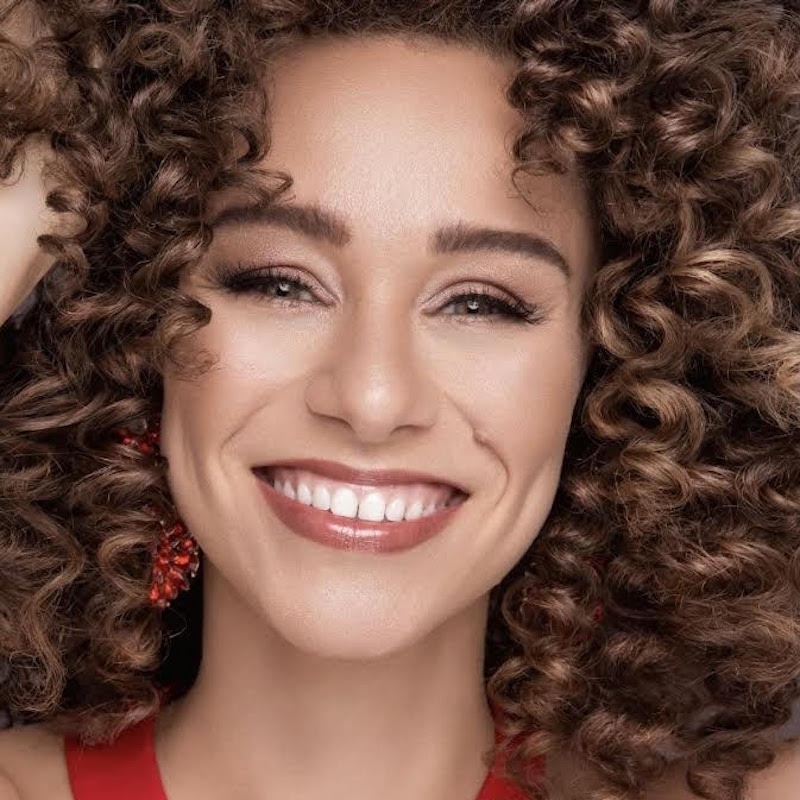 Tori Hope Petersen is a former foster youth letting her Abba Father be known through her stories. Tori is a wife, biological mom and adoptive mom.

She is a national speaker, writer, and advocate who was recently crowned Mrs. Universe. Last year she founded Beloved Initiative, a nonprofit inspiring foster youth to change the narrative for youth in foster care. Through this ministry she grants children who are often unseen and unheard opportunities to see that the worst parts of their lives can be used for Good – to glorify God. In the fall of 2022 her memoir “Fostered” will be released with B&H publishing. 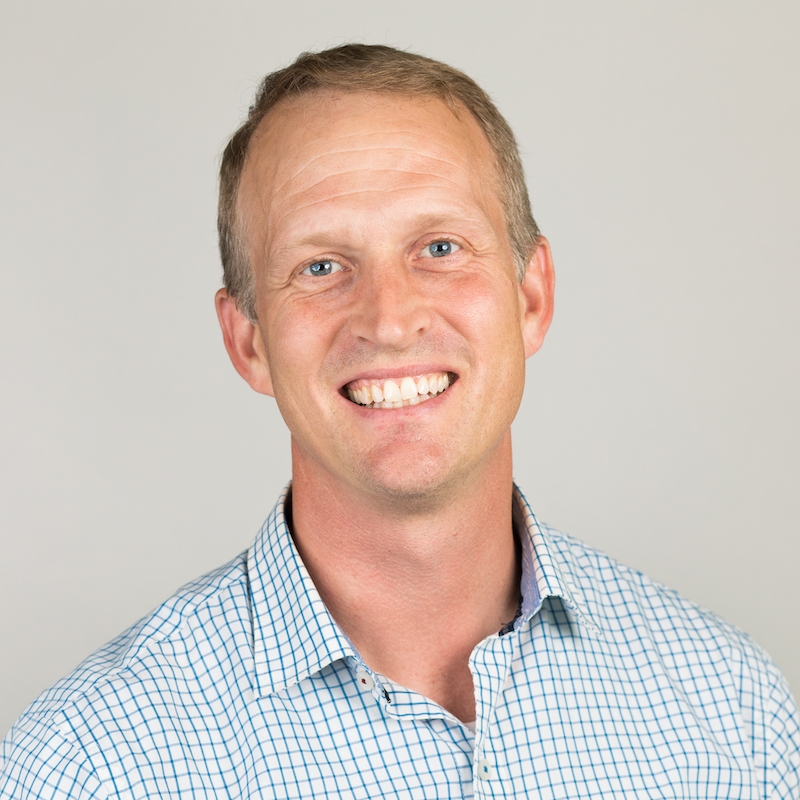 Peter Greer is the president and CEO of HOPE International, a global Christ-centered economic development organization serving throughout Africa, Asia, Latin America, and Eastern Europe. Prior to joining HOPE, Peter worked internationally as a microfinance adviser in Cambodia and Zimbabwe and as managing director for Urwego Bank in Rwanda. He received a B.S. in international business from Messiah University and an MPP in political and economic development from Harvard’s Kennedy School. Peter’s favorite part of his job is spending time with the entrepreneurs HOPE serves—whether harvesting coffee with farmers in Rwanda, dancing alongside savings groups in Haiti, or visiting the greenhouses of entrepreneurs in Ukraine. As an advocate for the Church’s role in missions and alleviating extreme poverty, Peter has co-authored 14 books, including Mission Drift (selected as a 2015 Book Award Winner from Christianity Today), Rooting for Rivals (selected as a 2019 Leadership Resource of the Year in Outreach magazine), The Spiritual Danger of Doing Good (selected as one of the top 40 books on poverty by WORLD magazine) and Created to Flourish (which his mom reviewed with five stars and a smiley face emoji). More important than his role at HOPE is his role as husband to Laurel and dad to Keith, Liliana, Myles, and London. While his sports loyalties remain in New England, Peter and his family live in Lancaster, PA. 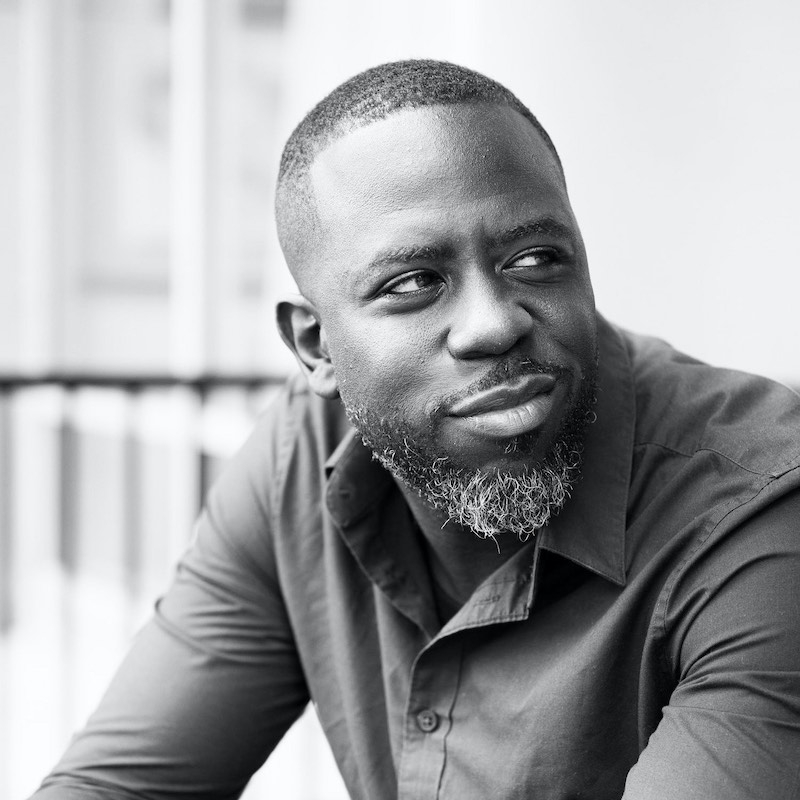 Shawn Welcome is a performance poet and content creator who has traveled all over the US sharing his gift with words. He has written NBA commercials for the Orlando Magic, done voice over work for universities and other organizations, facilitates poetry workshops for all ages, and is presently the official Poet Laureate for the City of Orlando. 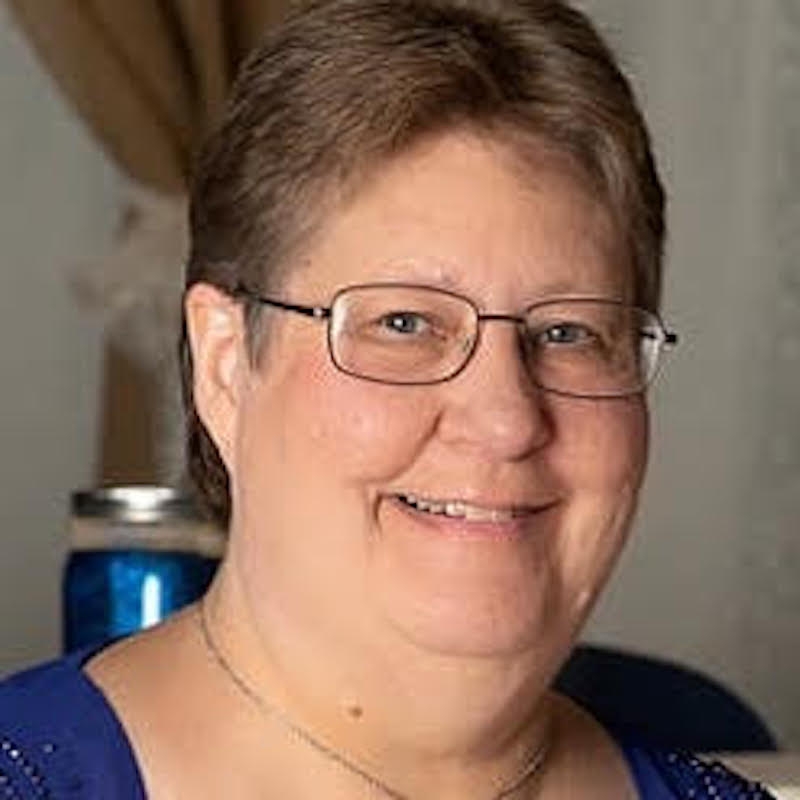 Comedian Claudia Fletcher is the very tired mom of 12 grown children and eleven grandchildren. She’s also a pastor’s wife and as you can imagine, that hasn’t always gone well. Parsonages weren’t really intended for destructive kids with a variety of strategies to annoy neighbors.

Claudia currently serves as Chief Program Officer at Patrick Henry Family Services, a really cool non-profit in Lynchburg, Virginia that is committed to serving children and families. She has been speaking across the country for decades, sharing hope and humor with adoptive, foster and other kinds of parents. She is the proud author of five books that currently nobody is buying and are now collecting dust on several shelves in her home. Even though she may be viewed as “past her prime” she shows up at conferences to give younger parents evidence that you can raise kids to adulthood and survive. 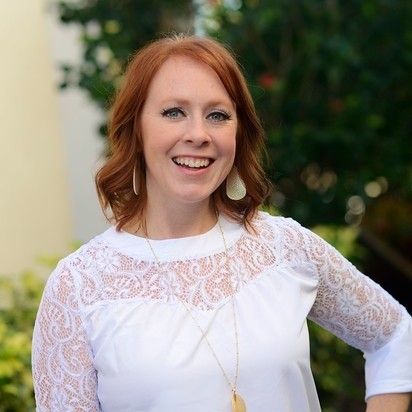 Alyssa Van Vactor is the Executive Director of kNot Today, a foundation created by Indianapolis Colts Head Coach, Frank Reich, and his wife Linda for awareness and prevention of child sexual abuse, exploitation, and trafficking. Before that, she ran a nonprofit school for struggling teens for over 7 years in the greater Indianapolis area. 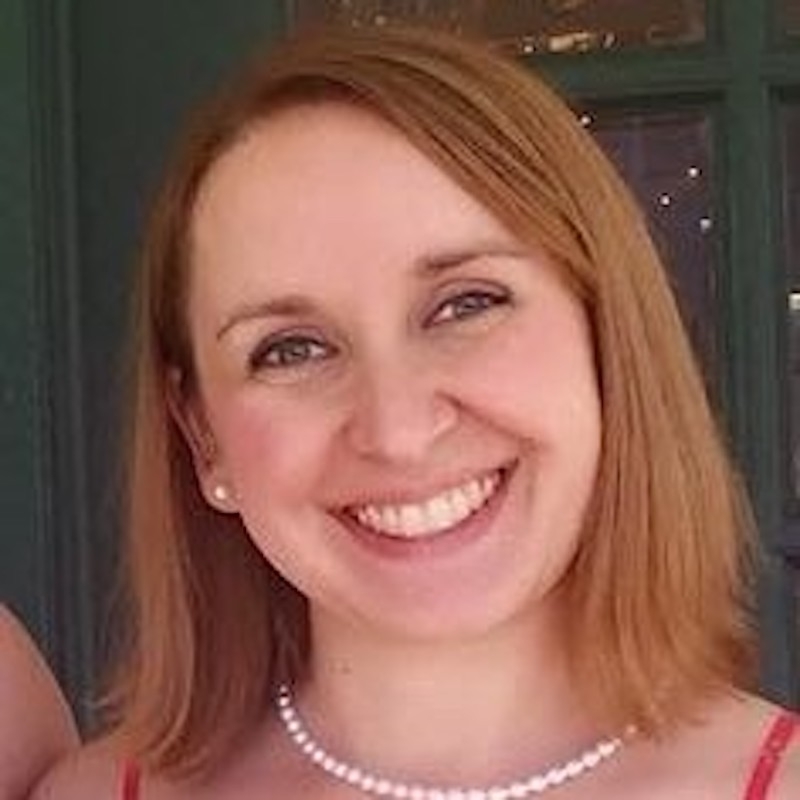 Amanda has been a Youth Educator with the Internet Crimes Against Children (ICAC) Task Force for four years having delivered hundreds of online safety presentations to thousands of children and adults across the state. She holds a bachelor’s degree in psychology from DePauw University. 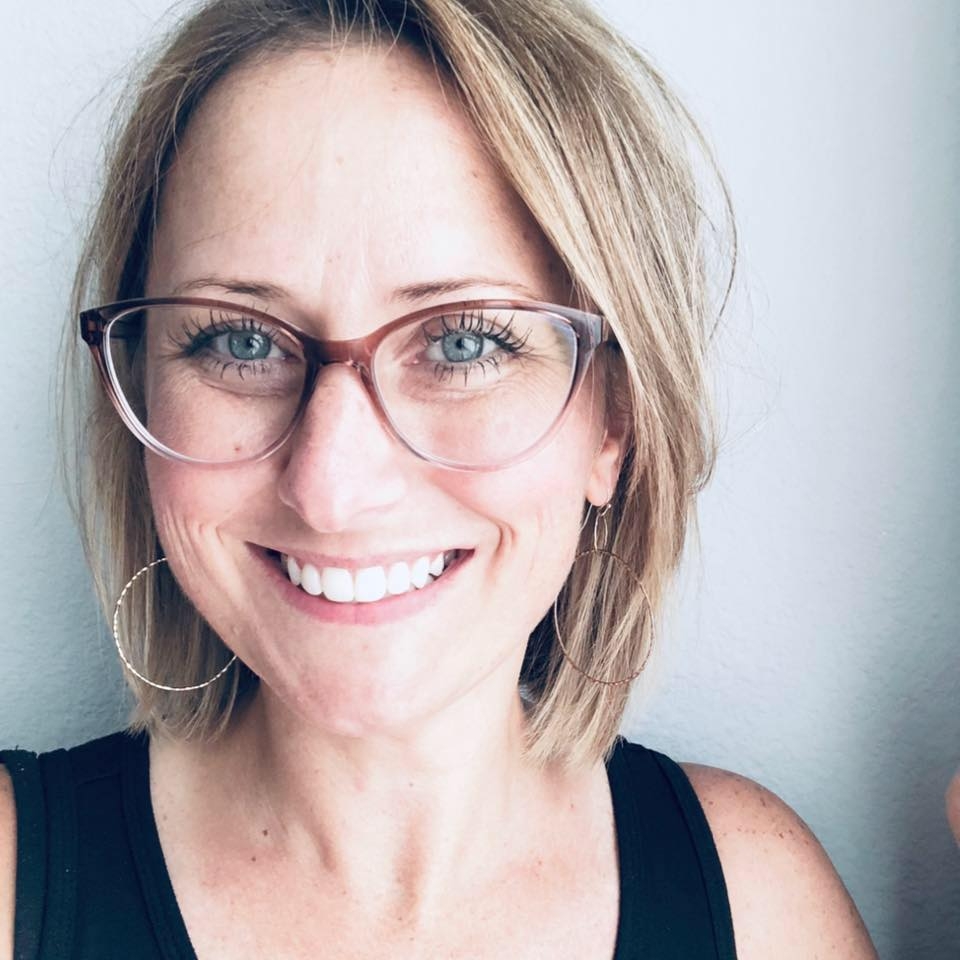 Amy Jo is the Care Community and Communications Director at Hands of Hope and is a momma through birth, foster care and adoption. She has served in various non-profit and ministry roles for nearly 20 years and is passionate about developing church leaders to engage in caring for at-risk children and families. 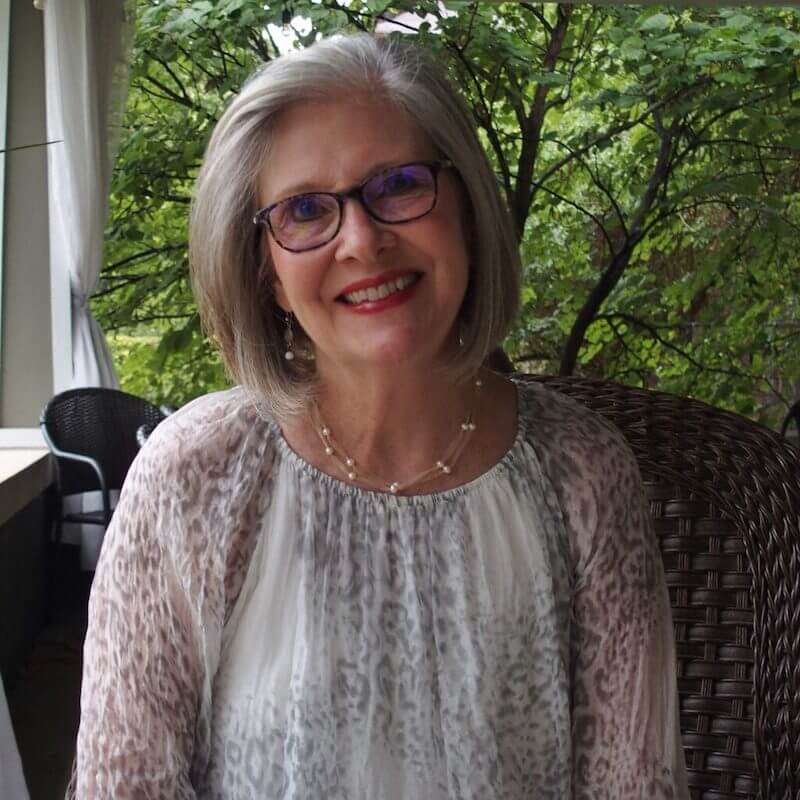 Beth Booram is the co-founder and director of Fall Creek Abbey, an urban retreat house in Indianapolis. She is also a trained spiritual director, facilitates the School of Spiritual Director, and is the author of five books, including Starting Something New and When Faith Becomes Sight. 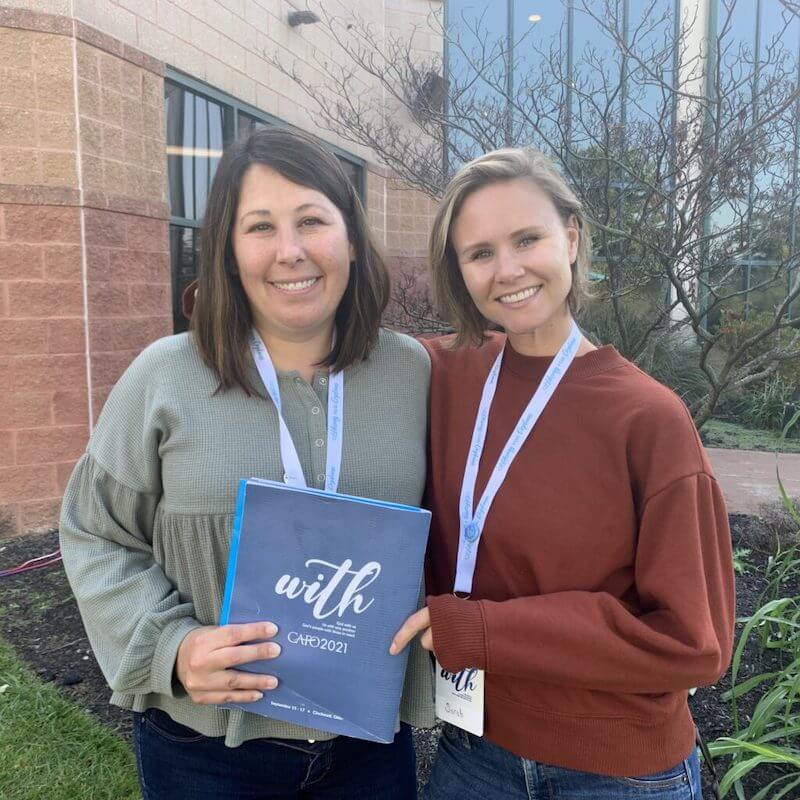 Brandy and Sarah lead a thriving Family Advocacy Ministry at their church in Fort Wayne. Brandy is passionate about loving others well and working with others to serve vulnerable children and families. Sarah loves her family and reading. Both Brandy and Sarah are moms through birth and adoption, and they share the Northeast Regional Manager role for Hands of Hope. 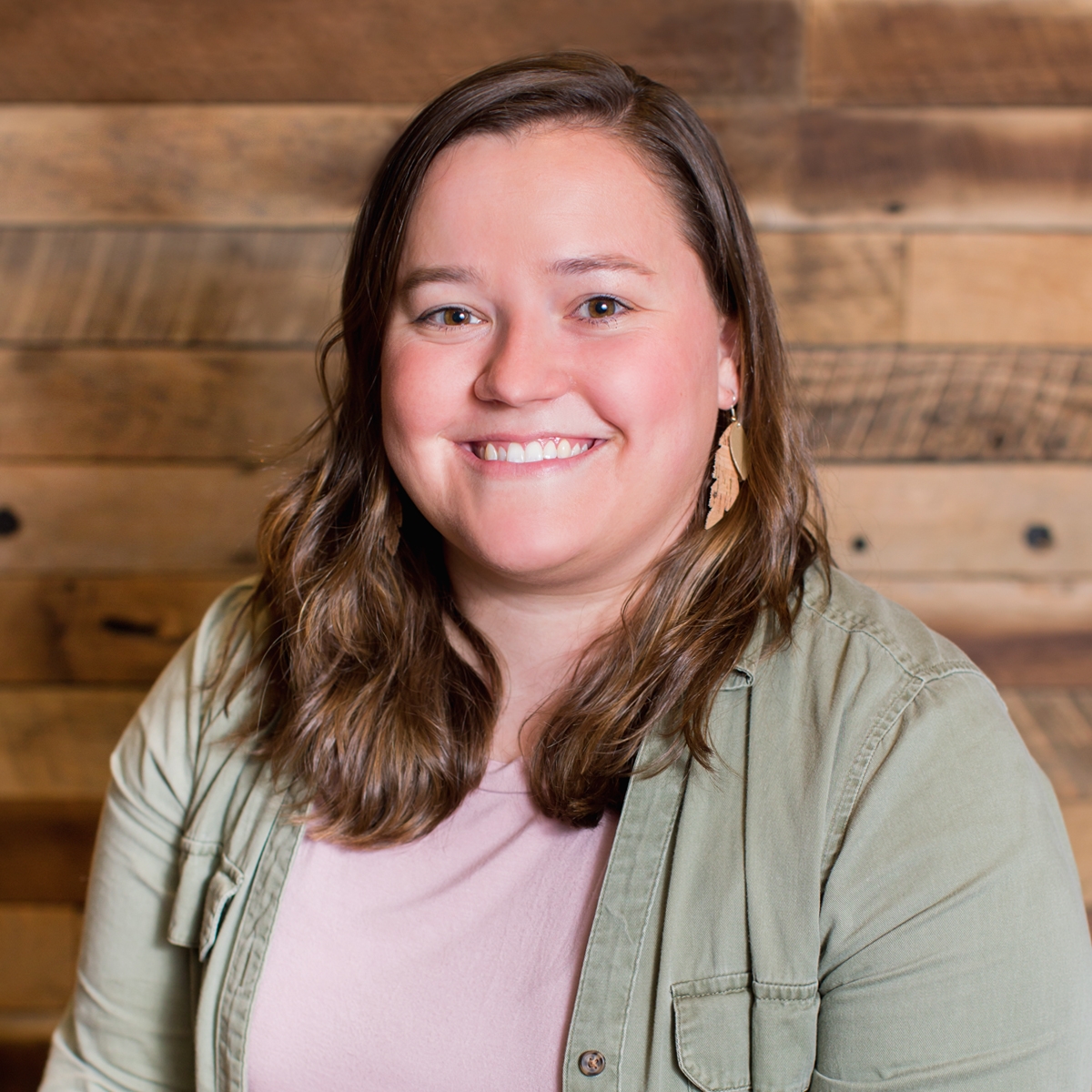 Casey is a social work graduate from Ball State and pursuing her Master’s in Ministry at Taylor University. With over 7 years’ experience working with vulnerable families and children, Casey has found her passion in helping churches engage in supporting the needs of the community. 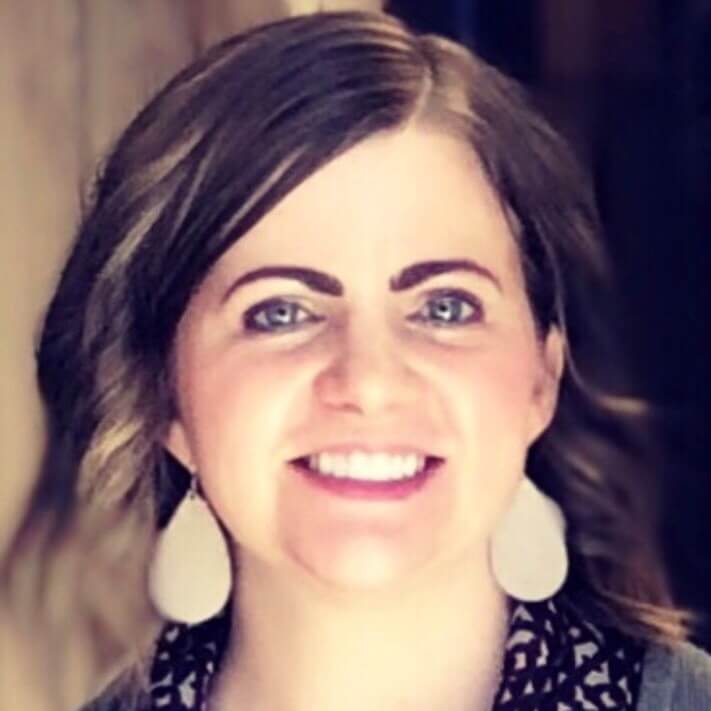 Cindy Neal is a licensed social worker and has worked for Bethany Christian Services for 19 years. She currently works with foster families in Bethany’s Transitional Foster Care Program. Cindy and her husband live near downtown Indianapolis and have 5 children through birth and adoption, ranging in age from 7-16. Understanding that adoption is a lifelong journey, Cindy has enjoyed serving as adjunct staff with The Adoption Ties program, helping lead homeland trips for adoptees and their families. As a transracial family through adoption, Cindy is committed to continuing to learn about issues surrounding race and adoption and enjoys meaningful dialogues on these topics. 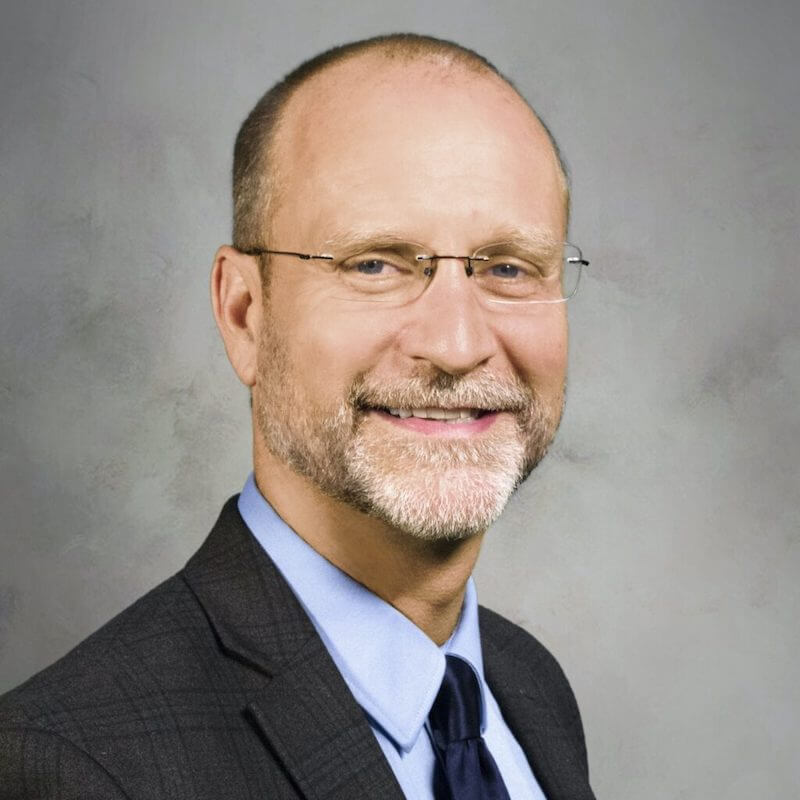 David Reed has been the Deputy Director of Child Welfare Services for DCS since Sept 2017. He is a Licensed Clinical Social Worker and has worked in the social work field since 1995. He has presented at numerous conferences on the topics of trauma, attachment, childhood mental health, and parenting. 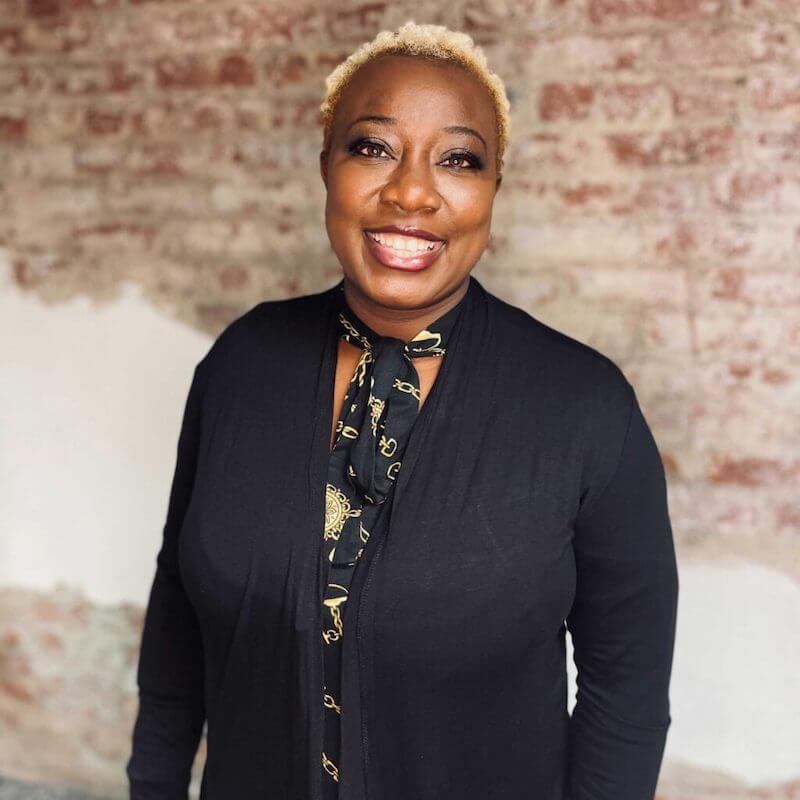 Erika leads the CarePortal strategy to reverse racial disproportionality in child welfare by empowering local churches in low-income neighborhoods to be the heroes to children and families in crisis in their own communities. Along with her husband, Bishop Terry Glenn, Erika has co-led a small community church in one of the lowest income neighborhoods of Kansas City, a community still crippled by the impacts of Jim Crow and redlining. The little community church that could barely afford to pay its own utilities has become a powerful force in family preservation, now meeting more CarePortal needs than almost any other church in America. The relational connections made in the process have been unifying in the bigger Body of Christ in ways that far transcend CarePortal. Erika’s passion is to empower 1,000 community churches in Black and Brown neighborhoods, like her own church, to become CarePortal Connecting Churches, lead churches that break our nation’s orphan cycle through the power of a unified Church. Ultimately, Erika is a grateful child from the southside of Chicago submitting her breath and body to her King for His use. 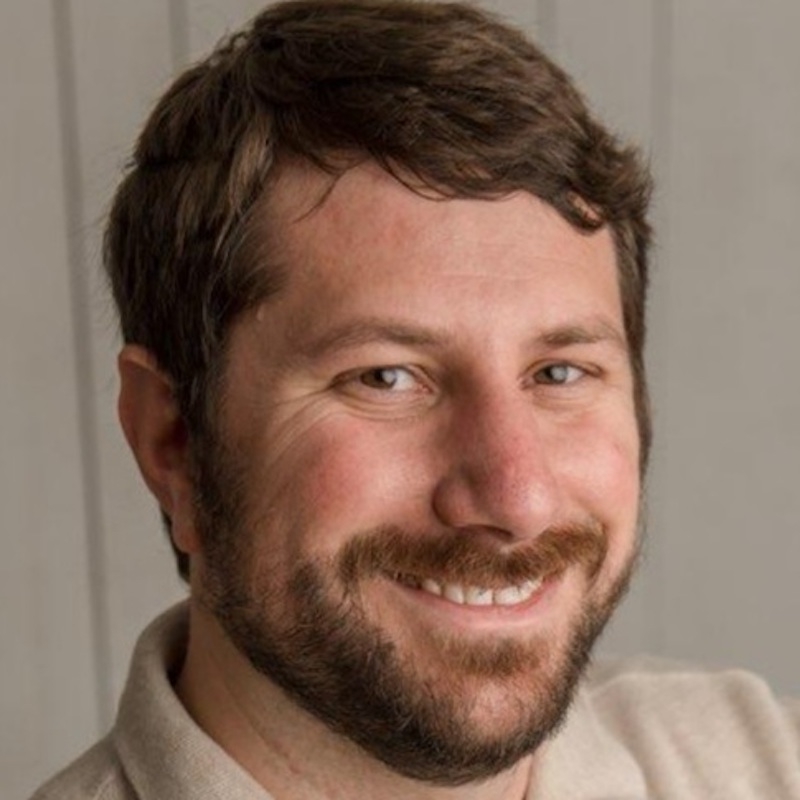 Evan Burns graduated with a PhD. in Counselor Education from the University of Tennessee and is a licensed mental health counselor. He has provided therapy services to children and adolescents in an inpatient, residential, and intensive outpatient setting. 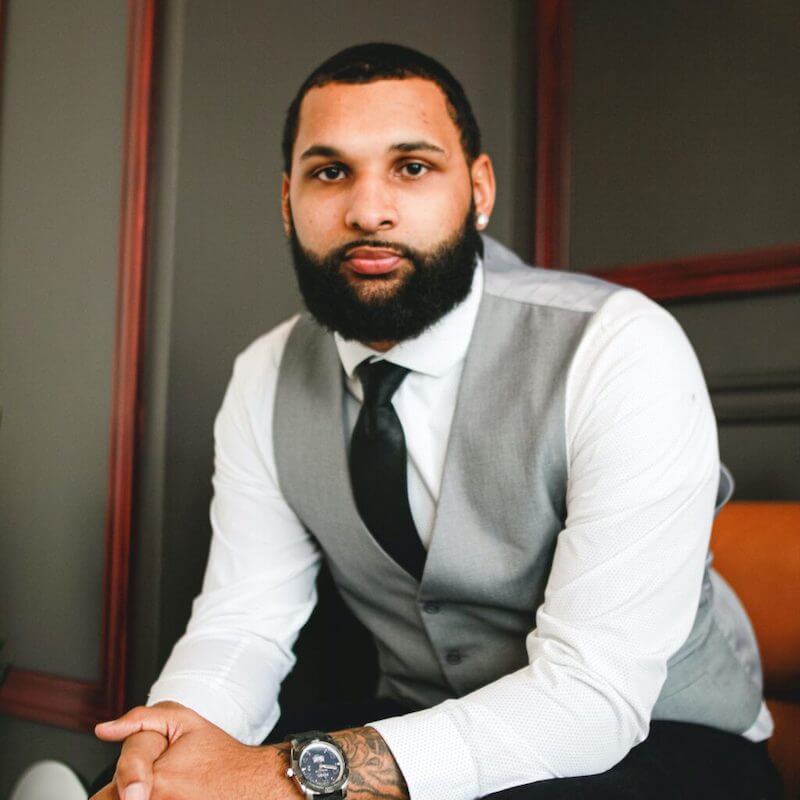 Gaelin Elmore is a husband, father, keynote speaker, child advocate, and former NFL and College football player. Gaelin also spent 10 years of his childhood in the foster care system. Gaelin now works closely with the foster care space and speaks professionally as an adversity expert and revisionist. He uses what he learned through his life to educate others about the lasting impacts of trauma, adversity, and the power of empathy on the lives of vulnerable youth. 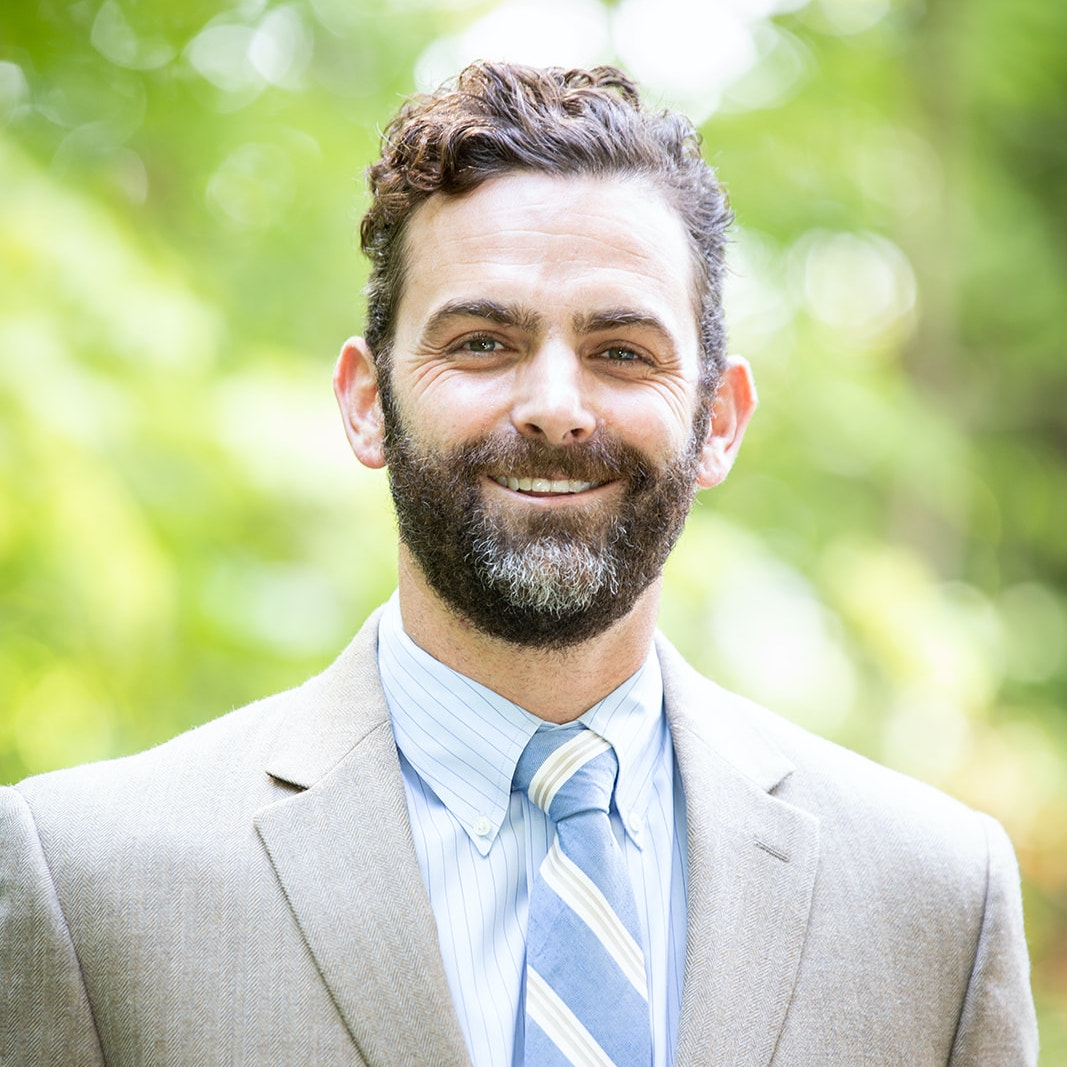 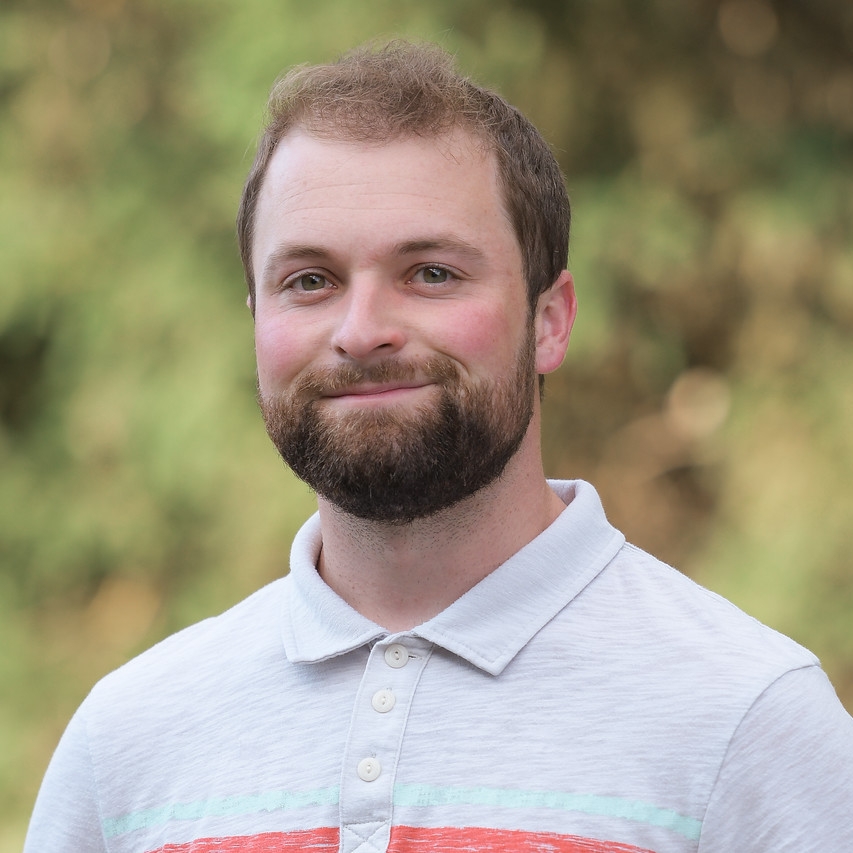 Jared works as a mental health counselor specializing in teens and adults who struggle with anxiety, depression, suicidal ideation, trauma, and other related mental health challenges. He enjoys helping parents learn how to promote adaptive skills for managing emotions with their kids & teens. 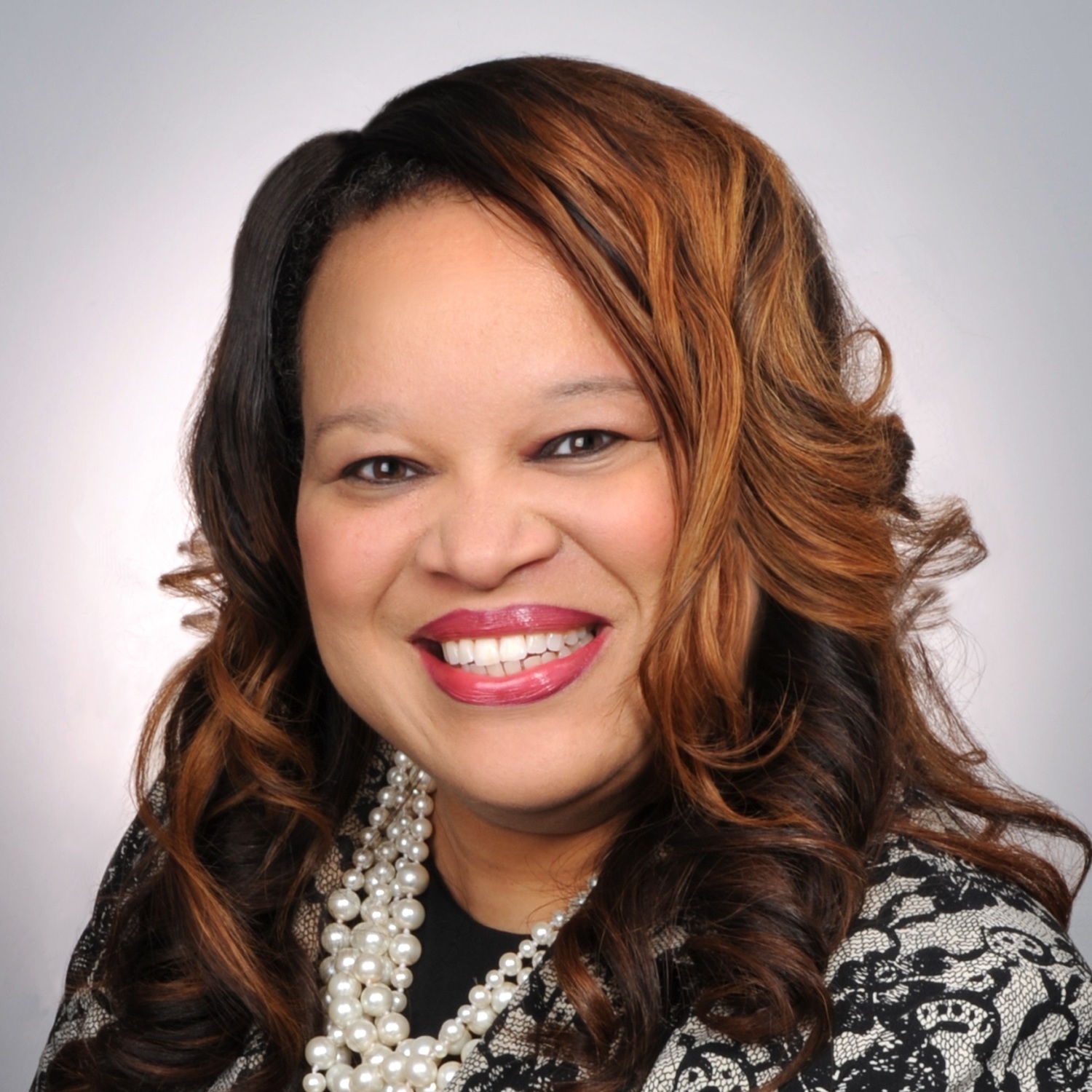 Dr. Kim is the Diversity Engagement Director for Hands of Hope and the Director of Community Partnerships for Community Health at Eskenazi Health. She has bachelor’s degree in Organizational Leadership and Supervision, a Master’s degrees in Adult Education and Health Administration, a Ph.D. in Organization and Management and a Doctor of Ministry from United Theological Seminary. She has experience in both ministry and healthcare leadership. Dr. Kim is a native of Indianapolis, Indiana and she is very passionate about improving the quality of life of others. 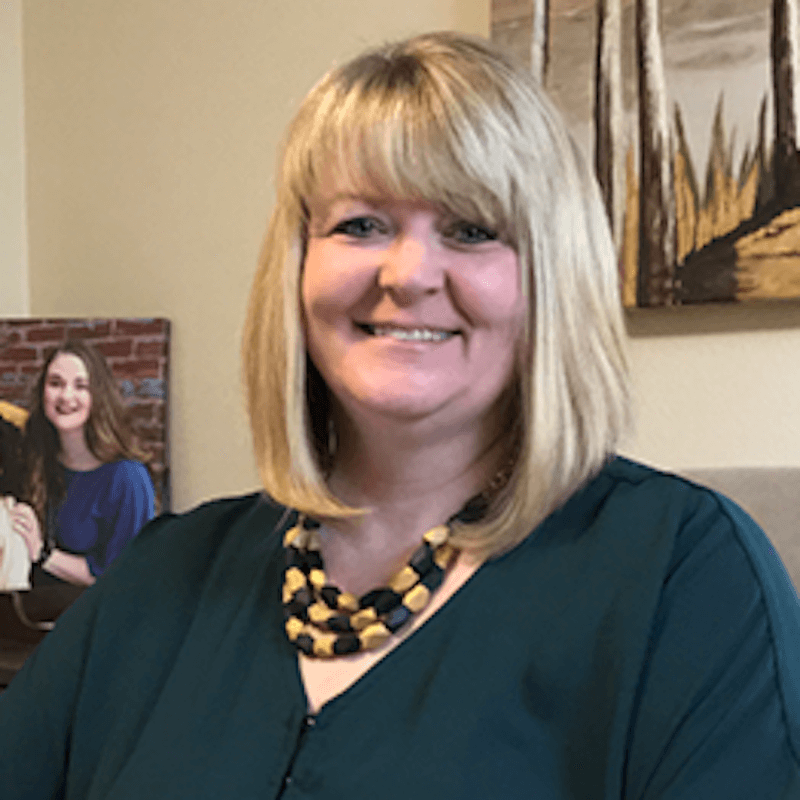 Krista Petty, foster & adoptive mom, is the Faith Sphere Manager for America’s Kids Belong. For 20 years, she has equipped leaders to more compassionately and effectively serve vulnerable people. She is National Adoption Mental Health Competency certified and a Results Based Conversations Facilitator. 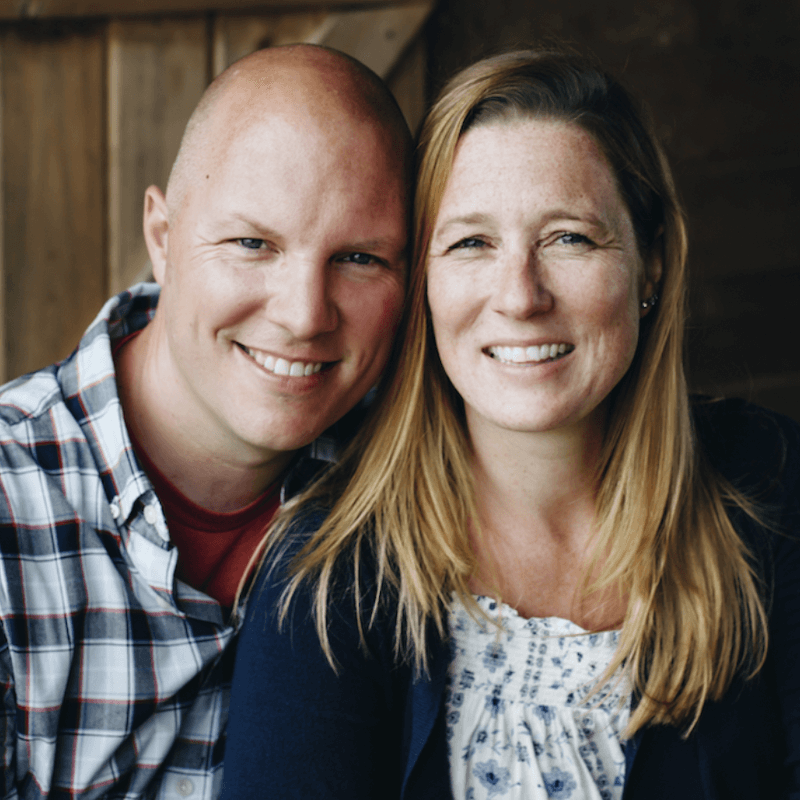 Mike and Kristin Berry are sought after parent trainers and coaches, the authors of 7 books, and the co-founders of The Honestly Adoption Company, which exists to help foster and adoptive parents become the best caregivers possible. They have been married for over 20 years, have 8 children, all of whom are adopted, and live on a farm in Indiana. 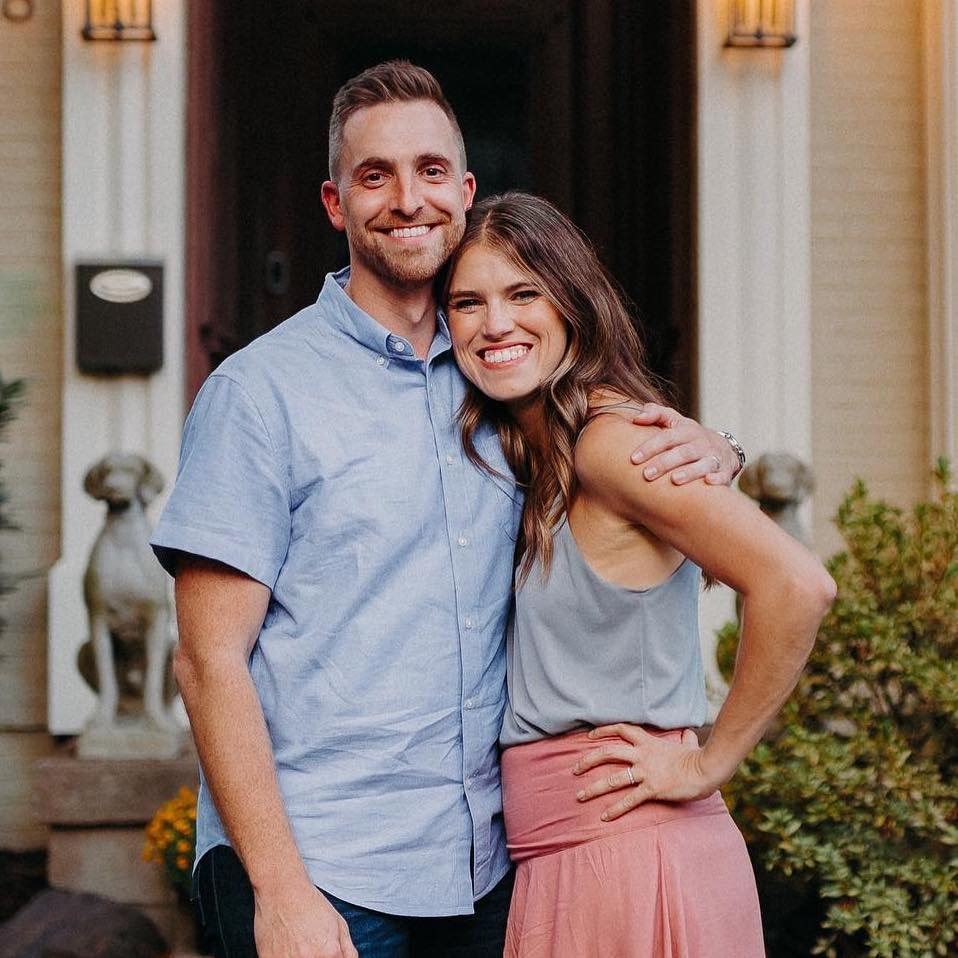 Ross Chapman is the Founder and Executive Director of For Evansville, a social entrepreneurial organization that builds trust among church and community leaders, removes barriers to collaboration, inspires empathy for neighbors through storytelling, and facilitates collective action. Ross is currently pursuing a Doctor of Ministry in Faith, Work, Economics, and Vocation at Fuller Theological Seminary. He holds a Master of Divinity from Trinity Evangelical Divinity School and a Bachelor of Arts from Taylor University in Business Management and Christian Education. 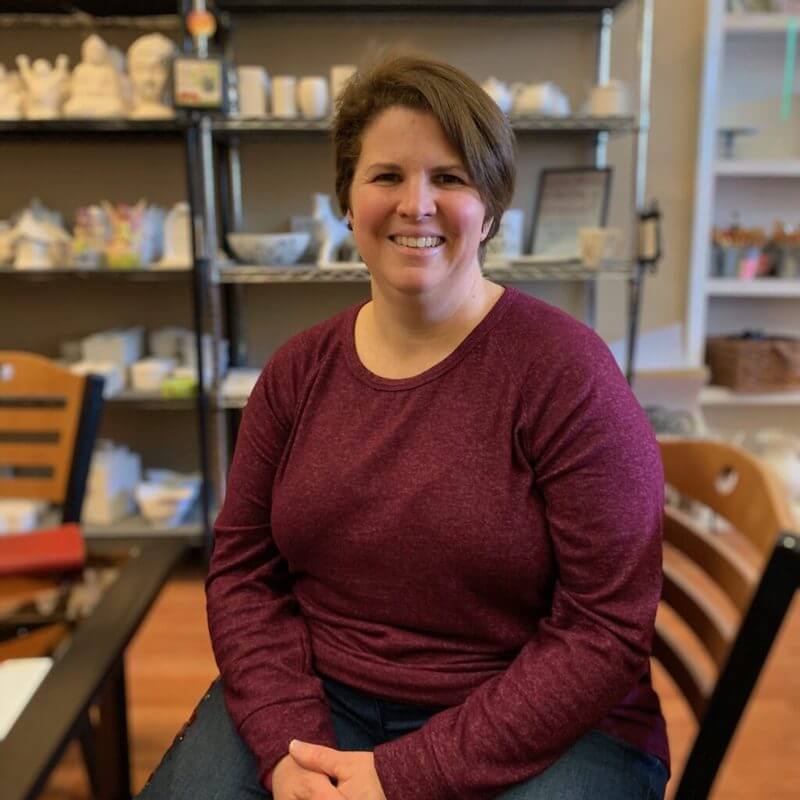 Sara Coggins is a current foster and adoptive mom. As a mom, she has experience with both IEP’s and 504 plans. Previously, she was a special education teacher and was a finalist for Indiana Teacher of the Year in 2018. As a result, she brings both the school and parent perspective. 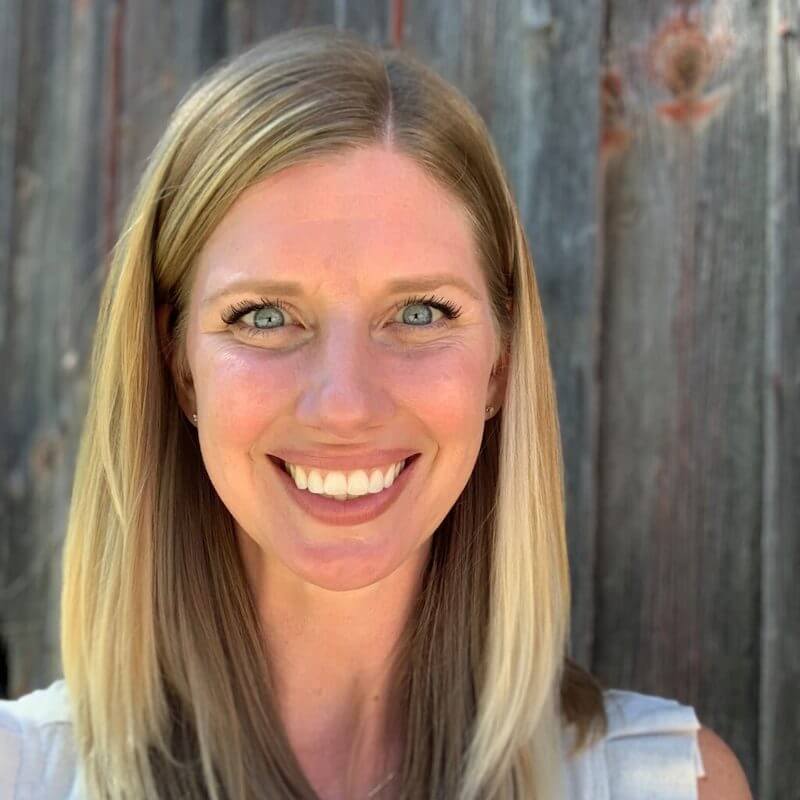 Tamara has held many roles at Bethany Christian Services and is currently the Transitional Foster Care Licensing Supervisor. She spent time as a foster parent and loves encouraging others to care for families and children. She is mom to two boys, enjoys being a wife, and does her best to keep her dogs from barking during calls while working from home. 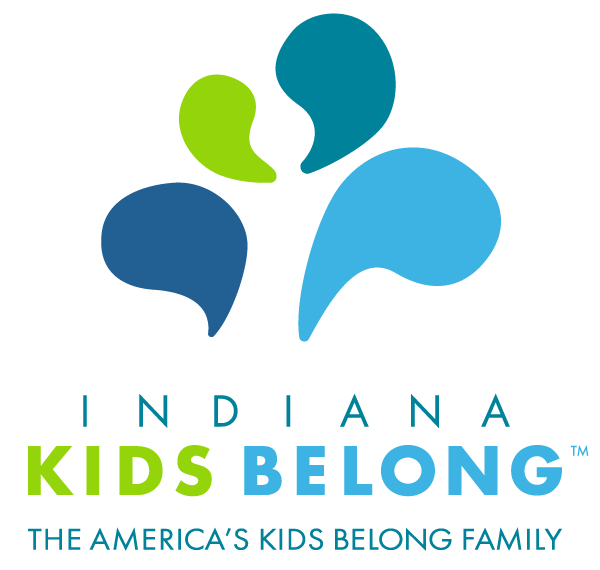 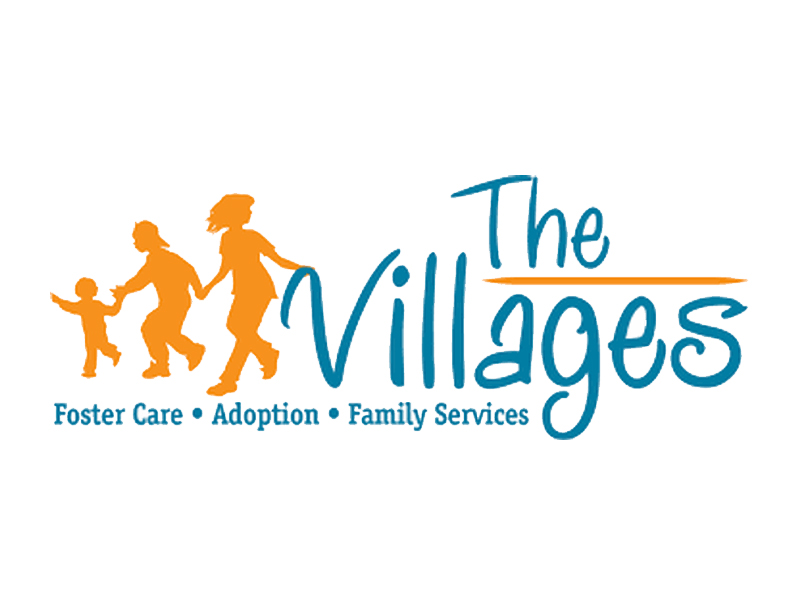 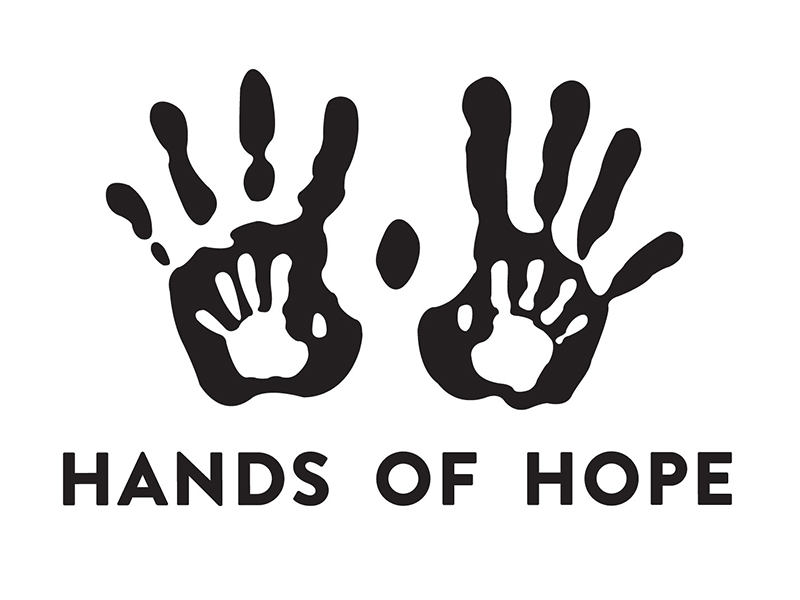 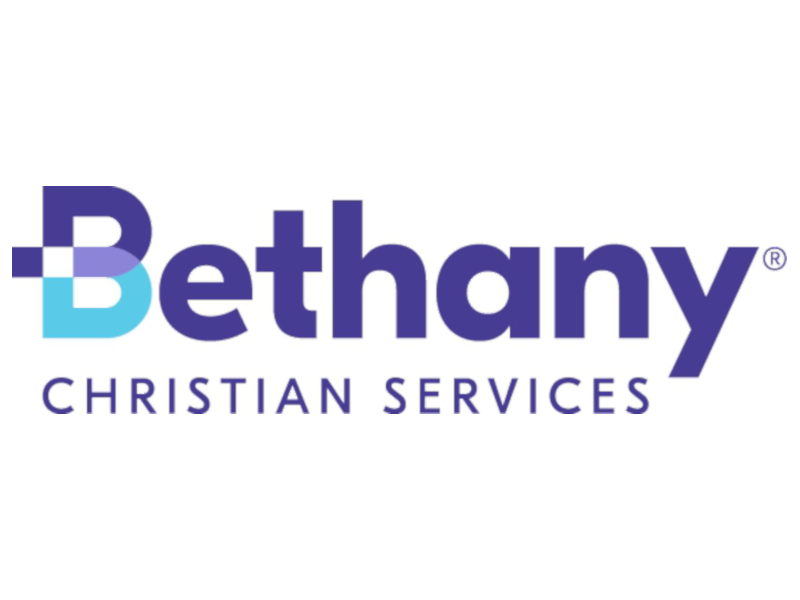