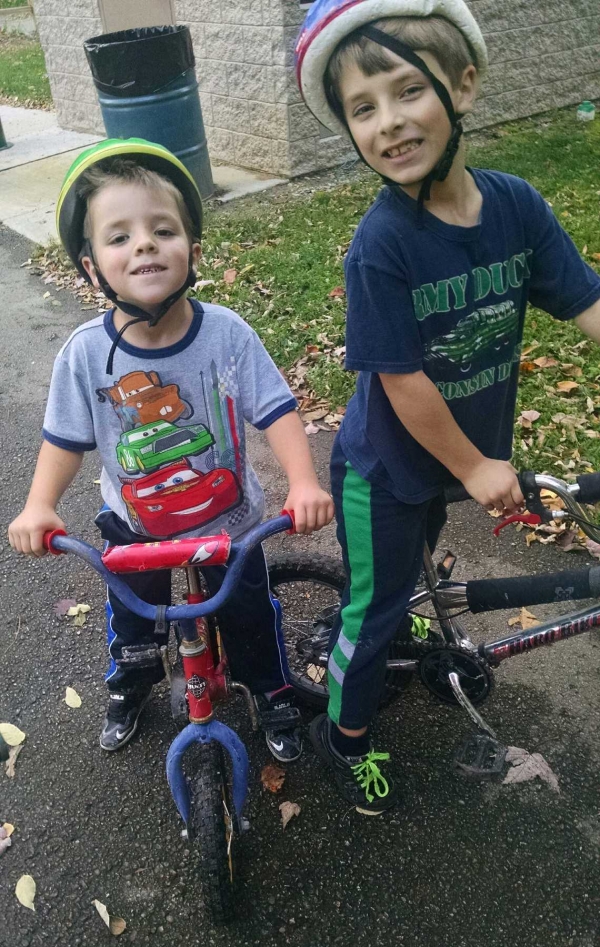 Have you ever considered fostering to adopt? Take a minute to read Jodie's story below:

"When Brian and I got engaged, I had to have the conversation with him that I wasn’t sure if I would be able to have children.

We decided right then that if I could not, we would adopt. After several years of marriage, we decided to start trying to get pregnant. We went through a year of tracking and trying to no avail. Then my doctor starting running the tests – Does my thyroid work properly? Will my uterus expand? Is my iron too low? There were too many to remember. We were willing to go through tests up until IVF (In Vitro Fertilization). That was too much money and too much risk for us.

After all the tests, it was determined that I was infertile- simply because so much time had passed and there was no other explanation. So, we decided to look into adopting. We researched, went to meetings, talked to a lawyer-it was all so overwhelming. The cost of international adoption was crippling. The risk of domestic adoption was depressing. We finally gave up and decided our life together was pretty good.

A couple of years went by and then one day at Grace Church, we heard about Hands of Hope and decided to attend a meeting. It was at this meeting that we learned about foster-to adopt. We had never considered fostering as I didn’t want to deal with the in-and-out, back-and-forth dealings of foster kids. I was afraid of getting attached and then having to watch them leave. This was the first time we heard you could foster-to-adopt and only look at kids who were ready to be adopted. When we left Grace that day, we looked at each other and started smiling. We were on the same page.

We researched foster agencies, called to sign up for training, and started our journey. We went through 12 weeks of training and then met our social worker. He was amazing and helped us to understand how the process would work and what to expect. The first home inspection made me nauseous but we got through it.

We were lucky. After only a few months we got a call to interview for a 4-year-old boy who was up for adoption. There was one catch though – he had a 10-month-old brother who was not up for adoption but the social workers wanted to keep them together as they believed he soon would be. We said yes.

The interview took 6 weeks to occur due to scheduling, but it finally happened on a Wednesday in late October 2010. The next day we got a call that we had been chosen and met the boys that Friday. Two weeks later they moved in.

Since then our lives have been profoundly changed. We had to give up many things in order to accommodate the boys in our lives – we rarely go to the movies (unless it is animated); we mostly eat at McDonalds or Chick Fil A when going out; the food we buy is different–but we have gained so much more than we have given up! The boys bring us joy, sorrow, anger, excitement. We’ve made new friends through the activities they do. We laugh and smile at so many silly little things. We go to bed exhausted every night but it is the good kind of exhaustion. We wake up every day ready to start again, and we wouldn’t trade any of it."