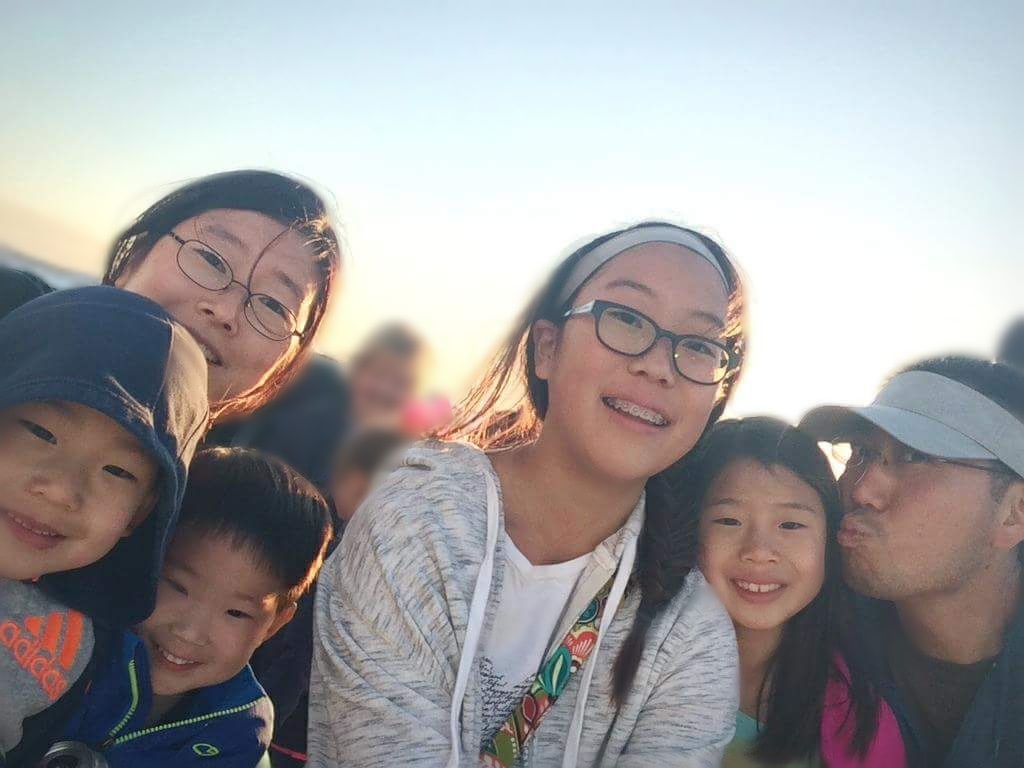 Everyone's story is unique, and it's no different when it comes to an adoption story. All stories are God's story lived out through us. We had the beautiful opportunity to hear from Hands of Hope's volunteer, Hyeyeon Lee, her family's adoption story.

"My husband Joe and I have four children, Serena 13 yrs old, Ellie 9, Noah 5, and Jonah 4. And what I am going to share this evening is about how Jonah became our youngest son a year ago.
As any other adoption stories are, our adoption story was and is still ongoing God's story.
I was one of those people who was very awkward around kids. So naturally, I never really considered serving children as my role.  But nonetheless, after I got married, God blessed me with three children of my own. Through those 8 year spans of time of being a mom, I learned I love my kids and started to appreciate other children more than before. However, still not enough to enjoy and surround myself with children other than my own…and adoption was not even remotely close to what I had in mind for my life.
But God had a different plan. One day in 2012, out of the blue, God started His prompting and began to show Joe and me His heart for orphans. Everywhere I looked, He was showing up with this concept of orphan care. When He continued prompting me, I thought to myself "He cannot be possibly telling me to do something about it". I was in denial… but He didn't stop. He was so persistent. It became 24/7 for several months. I am not saying this as a figure of speech. Literally, from the moment I opened my eyes in the morning or even when I was asleep, working, playing with kids, cooking, it didn't matter. This thought never left me.
However, I couldn't just say "Yes, Lord" even though my hearts desire was to live the life that would please Him. I really struggled. I didn't have the courage and I had no clue where to begin. I felt inadequate. I argued with God that I didnt have enough love in me to do what He was asking me to do.
It took more than 9 months and by then God was working on Joe's heart as well and preparing him separately. Through those struggling time, God so patiently showed me His heart towards orphans and how He wants me to share His love through my life to them. He assured me that it was not about me and my inadequacy. It was all about Him. It was His heart and His love toward orphans and I was to just follow and walk alongside Him on this journey.
So it took awhile but He changed Joe and me and in December 2013, we began our Korean adoption process. We had just finished all the required paperwork and we were expecting to begin a long referral period. But we actually received the referral even before we got the signed home study report in April of last year. The story was that there was a 3-year old boy in Korea, who was originally matched with another family, but something fell through and the adoption agency was looking for a family to quickly take him before he went back on the waiting list. When we heard this, we knew this boy was going to become our son.
We did some more paperwork and anxiously waited for the call from Korea. In November 2015, Joe, Noah and I had a short visit with Jonah for the first time. And a month later on Christmas day, Joe and I flew out to Korea a 2nd time to pick up our greatest Christmas gift from God and brought Jonah home on New Years Eve.
Since he came home, Jonah had his fourth birthday and we are enjoying all the first-time things with Jonah as a family. We just celebrated the first anniversary of him becoming part of our family!
We are still very inexperienced as an adoptive family and our adoption journey is still ongoing, learning from God how to love, how to care, how to cope…and being molded in Gods hands.
As Ive mentioned, God suddenly started to prompt us about orphan care and adoption in 2012. Not long after I got a referral for Jonah, I realized that the prompting had started right around when Jonah was born in Korea. God knew. God cared. God loved him so much that He was onto me 24/7. All along, as I was struggling to open up to Gods calling, my son was waiting for me halfway around the world and I had no clue…but God knew…
God love orphans. His heart aches for them. Every single one of them is precious to Him. And He intervenes lives and connects people, sometimes half way around the world, to make each adoption story possible. I now know that He wants to care for orphans through His beloved adopted children like me and others.
I know that not everyone is called to adopt. However, if God does start to stir your heart, I would like to advise to learn from my lesson…be attentive and dont take too long to respond "yes". I know there are mind boggling numbers of orphans in the world, but it might not as vague as just a large number. There might be one specific child that God has decided to love through you. Just like how Jonah was waiting for me to wake up to Gods calling."
​–Hyeyeon Lee
Join Us At Our Next Info Meeting